Learn about the positive impact implementing test automation can have on your business with Ten10 Lead Consultant, Tulasi Marupudi

Running repetitive manual tests is expensive and consumes valuable time and resources, meaning the cost of testing your application manually rises as time goes on. By contrast, automated testing is a cost-effective long-term solution because once you’ve created your test scripts, you can reuse them 24/7 with minimal additional cost.

There are many benefits to automating your system and software testing, from time and cost savings to helping achieve continuous testing, improved test accuracy, maximised test coverage, and increased scalability. Read on to learn the many benefits of test automation.

Testing applications should be a continuous process. Every time an application’s code is modified, you should perform a regression test across various configurations, operating systems, and key devices. Testing all the possibilities manually means enormous testing effort, increased test duration, delays to releases and associated higher costs. The cost and effort only grow exponentially, owing to the expanding applications.

With test automation, you can run tests repeatedly at no additional cost, much faster than it would take to complete manually. Unlike eight hours/day in manual testing, you can run automated tests 24/7. This translates to faster delivery of functionality and a shorter time to market. When organisations first consider test automation, they struggle to see past the costs of initial setup and implementation. But what’s often overlooked is the higher cost associated with manual testing in the long run.

Continuous testing refers to the uninterrupted running of automated tests to get rapid feedback on the business risks associated with the application under test. As a result, issue feedback is improved and developers can take quick action to resolve them.

Continuous testing is an integral part of the transition from Agile to DevOps processes and enables teams to work cohesively. You can achieve continuous testing with test automation as it allows you to test applications rapidly, reduce regression test time, and increase the capability to release frequently which builds a path to CI/CD and DevOps implementation. It also allows for testing to be an early and prominent part of the software development lifecycle (SDLC), instead of causing a bottleneck at the end of the development process.

One of the key benefits of test automation is that it enables shift-left testing. Shift-left testing involves activities that embed quality and execute tests throughout the SDLC, right from the requirement gathering phase, in order to prevent bugs or to find bugs at an early stage.

Shift-left testing will improve your product quality because it allows you to:

Any enterprise application requires a large team and a significant amount of time to achieve similar levels of coverage through manual testing. With test automation, you can test applications of any size, end-to-end, with a few clicks of the button in a few minutes or hours. This enables you to test more features more frequently: the result is enhanced test coverage and higher quality.

Another major benefit of test automation is the reusability of your test scripts. Writing effective test cases requires time and effort, and it is inefficient to write the same test cases again and again. When you automate tests, you write a test script once and can reuse it as many times as you need. You can also easily replicate your knowledge to implement test automation for new projects or solutions. The same automation code base can be reused to increase test coverage (e.g. to perform cross-browser and device testing) with minimal configuration changes. 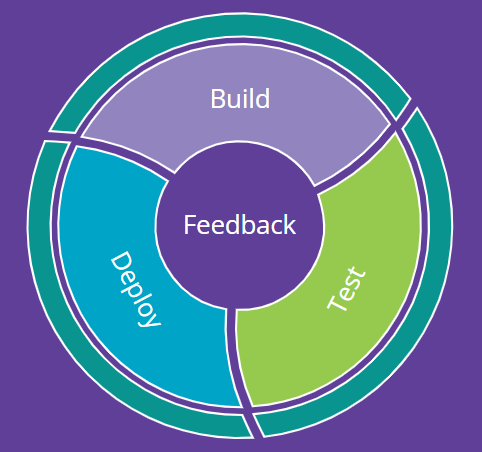 Test automation helps you reduce the feedback cycle and reduces the validation time during the development of your product. Detecting problems or bugs early in the development phase also increases your tech team’s efficiency. This feedback loop between developers and testers plays a vital role in delivering higher quality solutions and excellent user/customer experiences. Faster feedback means earlier knowledge of bugs, more time to resolve them and less downtime. This benefit is especially effective when your product is already live and in the market because you can fix errors on the go and be confident that the change will not negatively impact the customer experience or customer satisfaction.

Once a regression pack has been automated, your team is freed up to do what they do best – brainstorming and performing “value add” (top of the pyramid) tests that are not suitable / impossible to automate. With the new-found time and capacity to focus on more challenging and rewarding tasks, your team can become more productive and innovative, delivering higher quality solutions. Test automation also enables test teams to further increase test coverage through manual tests like usability tests, exploratory tests, and ad-hoc tests where automation can’t play a significant role.

Test automation provides flexibility to execute tests at any time by scheduling your test case execution to run at any hour of the day, remotely from any location or to be automatically triggered by the pipeline based on an agreed set of conditions.

Irrespective of how meticulous they are, even the best tester will make mistakes. There is always a possibility of missing a few steps, entering the wrong data, or making a trivial manual error – leading to poor test quality and a missed opportunity to find bugs. With test automation, you can be sure that the tests will execute the steps accurately without fail and report each step without bias.

Scaling manual testing requires adding more hands to the project, which requires onboarding and training time, and more time to allow for additional test execution. Test automation, on the other hand, can scale in a matter of minutes. It simply means adding more threads to the test automation solution.

An automated test suite can help you simulate thousands of virtual users interacting with your application to see how it behaves. It’s almost impossible to simulate this kind of behaviour through manual testing, meaning every new thread brought into your test automation solution expands your capabilities much more than a new manual tester. 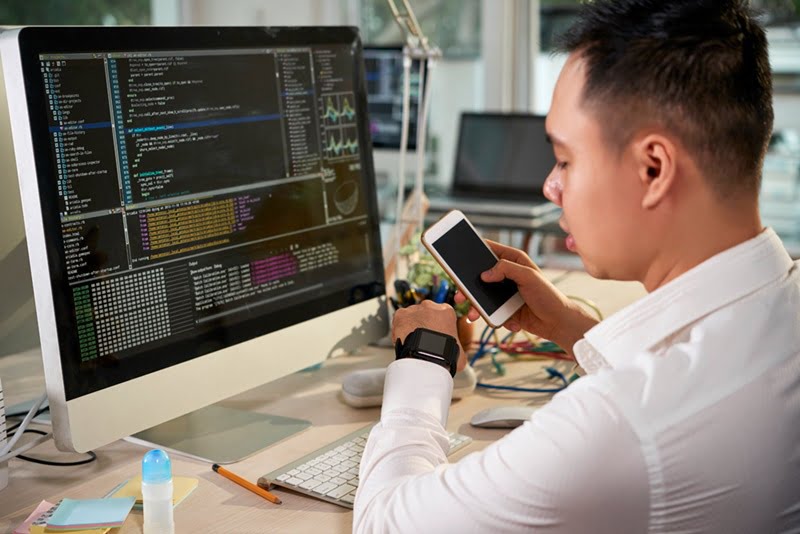 In modern development, your application must be compatible with different operating systems, hardware, browsers, and mobile devices on different networks. Performing cross-platform and device compatibility testing requires the creation of countless test cases. Considering the number of browser versions available in the market, performing manual testing over hundreds of browsers and operating system combinations on desktop and several mobile models may severely delay the software release process.

Through test automation, you can design and build one solution to perform cross-platform, cross-browser, and cross-device mobile testing. This allows you to execute these tests parallel to each other quickly and easily by integrating the automation solution with testing platforms like BrowserStack and LambdaTest.

Test automation helps you quickly complete tests to determine the stability of your build. You can use tags to group the test cases in many combinations, which helps to choose and execute the automation based on requirements. For example, smoke tests can be executed to check the stability of a build or system, system integration tests can be automated to gain confidence in a branch, and regression tests to gain confidence in the release branch.

Performing regular smoke testing can help you avoid outages and is recommended as best practice. Many organisations de-emphasise smoke testing as they keep a testing team’s bandwidth focussed on other tasks. Therefore, test automation is considered a viable option to ensure smoke testing is completed regularly without draining too much of your tech team’s valuable time.

Learn more about our intelligent approach to test automation and speak to a member of our team to get things started.