The police force, education and healthcare are just some of the sectors struggling to tackle their vast gaps in digital skills

Within the public sector, various levels of government workers agree that the tech skills gap is too big, stressing the need for more employees to enter the digital field.

Although the government has built a large community of approximately 23,500 digital professionals since 2015, the ‘digital density’ (ratio of digital employees to non-digital employees) is still too low. With 3,867 vacancies for data and tech roles throughout the civil service alone, it’s evident that there is a growing problem for tech within the public sector that needs to be recognised. 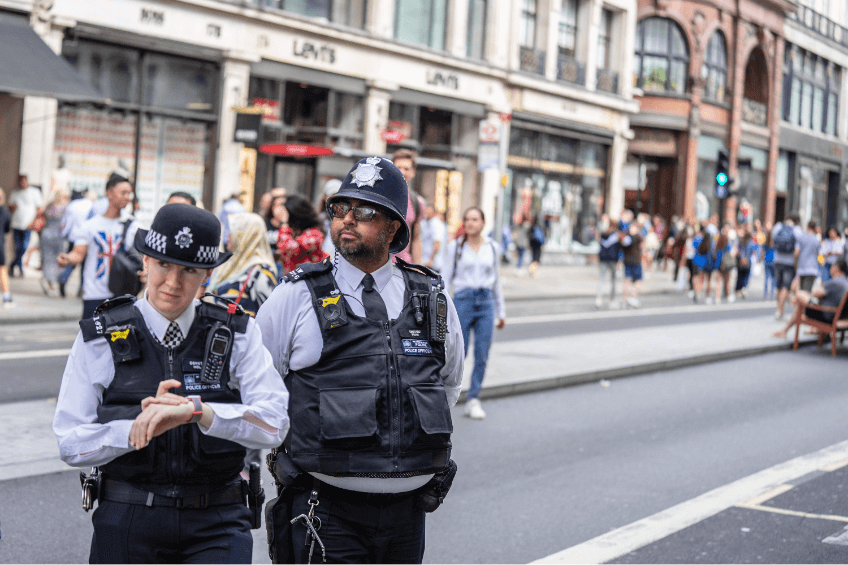 Tech and digital skills are vital to police forces to help them tackle crime. According to Data from the latest global 2022 Industry Trends Survey, two-thirds agreed that digital evidence sources (such as smartphones, laptops, social media, CCTV, and drones) have overtaken physical evidence in its significance in solving cases. The importance of tech skills in the police force cannot be understated – 40% of crime is now committed online. But there is a problem.

According to Accenture, 76% of police professionals predict that digital skills will be more in demand over the next three to five years. However, there is a lack of training for people to enhance their skills and fill this percentage. This makes it challenging for the police to collect, analyse and use digital evidence required to make their cases viable and secure court judgements.

Criminals use sophisticated technology when committing crime. This leaves police officers playing catch up, with 64% of investigators agreeing that the review of digital data is currently too complex for them. Over half of respondents in the Industry Trends Survey argued that police officers in their department lack the right skills to investigate digital crimes, with 48% of police chiefs and agency managers believing their digital transformation strategy is mediocre generally.

If the problem persists, the tech gap within the police force will only increase, meaning criminals will always be one step ahead. Lack of training will mean police will be completely ill-equipped as the world moves on, as nearly everything is changing to become digital.

How can they overcome this problem? The main issue is the insufficient training given to the police for digital skills. For this problem to be ironed out, police forces should employ people who specialise in tech roles to manage and analyse the evidence data they gather. Trained professionals who thrive in tech can also assist in training police force members to improve their understanding of digital tools and platforms. 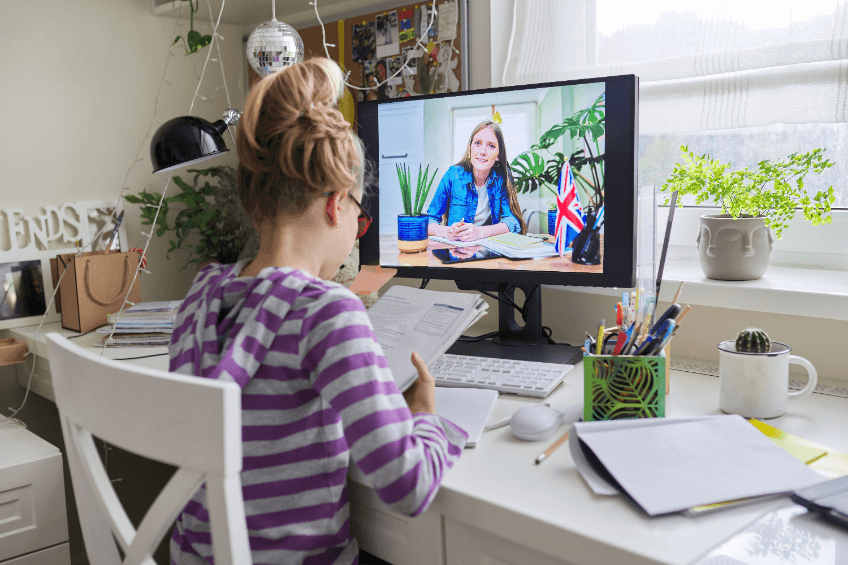 The IT infrastructure of the education system has perhaps never been under so much pressure. The pandemic forced schools to pivot towards distance learning and video conferencing. This immediately raised security and privacy concerns from teachers and parents, who faced the unprecedented dilemma of delivering mass teaching in a new environment.

Greater investment is needed in tech roles to support the education of all academic levels. For years, universities have used online environments to record lectures, host reading material, and allow students to submit assignments. The pandemic has shown that not only are these environments needed for primary and secondary school pupils, but greater support from tech professionals is essential to train teachers to an acceptable level of tech knowledge.

Addressing this problem is the first step towards fixing the tech skills gap on a national level. The Learning and Work Institute reported that the number of young people taking IT subjects at GCSE has dropped 40% since 2015, meaning fewer students are enhancing their digital skills to go out and use within their future careers. Many factors could contribute towards this, including IT not being promoted enough by schools, students not enjoying the general IT syllabus, or a shortage of IT teachers. On top of this, 70% of young people expect employers to invest in teaching them digital skills on the job. However, only half of employers said they can provide that training. There is clearly a big gap between education and work, and there should be more of a middle ground where people can receive this training.

The Confederation of British Industry speaks of a widening digital skills gap and reveals that companies are losing around £63bn a year due to the lack of skills, which could “ultimately jeopardise the UK’s competitiveness, deter investment and limit people’s ability to access the jobs and services that technology offers”. If nobody is teaching the skills required for people to successfully enter the technology industry, the UK is left at a dead end and disadvantage. 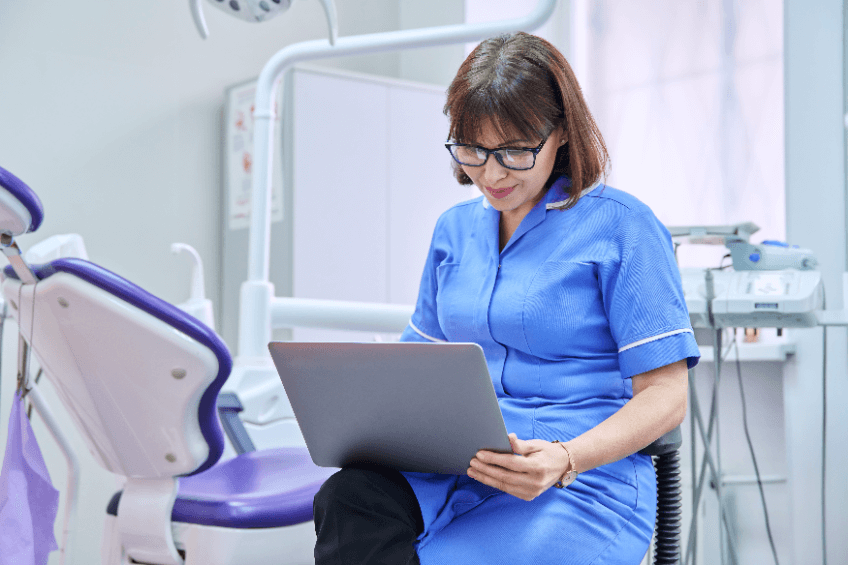 The NHS aims to become the world’s first “net zero carbon” national healthcare system. Key steps towards achieving this include reducing staff and patient travel with digital consultations and monitoring, creating a paper-free environment, and increasing the use of digital tools for peer-to-peer communications. This is an admirable goal but the healthcare system has many problems which limit its digital transformation.

In 2017, the worldwide ransomware outbreak WannaCry brought the NHS to a standstill. Compromised systems were found to be running aged, unpatched operating systems – including Windows 7 and even Windows XP. After this took place, a government report stated that the NHS could have prevented the attack if they had “basic IT security”. This conveys how large of a tech skills gap there is, as surely a system as large as the NHS should be able to provide the basics of digital security. The NHS has migrated devices to Windows 10 for some time, but the monumental amount of data migration has raised compatibility issues between systems.

The theft of personal patient data could be absolutely detrimental to not only the NHS but to the patients themselves. If this persists, the NHS could not only lose its reputation but also its significance if it is seen as untrustworthy. People would demand compensation which the NHS would struggle to provide without risking redundancies, lower employment and more people turning to private healthcare companies.

The healthcare industry must be able to find staff with the right digital skills, to rectify software vulnerabilities and ensure systems and processes are secure, reducing cybersecurity threats. Healthcare organisations should also explore different ways to handle their data. For example, automation can reduce human error, decreasing the risk of security breaches. As long as the data is structured and digitised, RPA can simplify patient administration, appointment scheduling, HR and finance. Utilising these benefits would also free up staff, who are routinely stretched to their limits, to concentrate on helping patients.

These unfortunately are not the only public sectors facing stifled by the tech skills gap. There are issues for example within public transport, where research has found one of the top reasons for the skills shortage is that people have left and there is nobody to replace them (32%). One of the biggest factors pushing staff to leave is that their organisation rarely, if ever, provide education on the use of digital technology” while another 47% of public sector employees said access to poor-quality technology would be more likely to make them resign.

National infrastructure also suffers greatly from this gap, including the substantially increased need for civil engineers, which ultimately puts pressure on operators for data centres and fibre networks. The pandemic played a big part in people leaving jobs, especially in infrastructure, leading to the hard-hitting number of 300,000 workers needed by 2025 in data centres, according to the Uptime Institute. However, if nobody is enhancing their digital skills and people are leaving employment, this number will only increase when we are already facing a shortage.

Changes have to be made to prevent the damaging effects of the tech skills gap in the public sector. No matter what industry in the public sector you operate in, we can help you address tech skills shortages. Our talented team of tech consultants can provide engineering, automation and RPA advisory to ensure you find the best solution for your organisation. Our Ten10 Academy provides young, diverse tech talent trained in any field of technology you require, and we can also train your existing team to upskill your workforce.