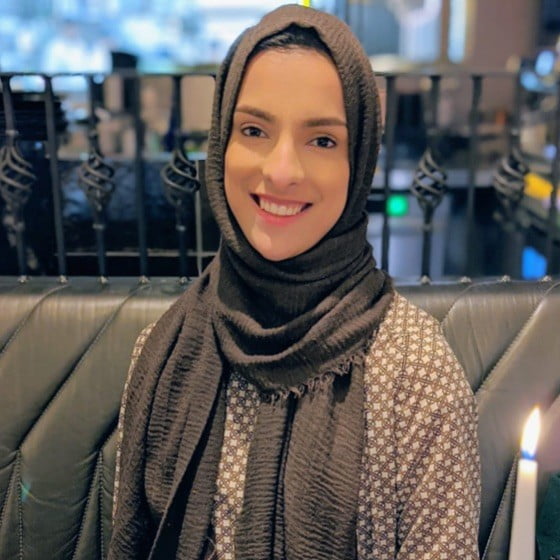 Read how Maariyah kickstarted her consulting career through the Ten10 Academy

The job market that graduates face after university is a challenging one. Especially the technology job market. Graduates who study STEM subjects still lack the practical experience and breadth of knowledge that entry-level positions require from applicants. We train people from the ground up and help them get that missing piece – that practical opportunity they need to showcase their skills.

Just one person we’ve helped is Marriyah Iqbal, who joined our Academy in 2018.

“In 2018, I graduated with a degree in Computing from the University of Portsmouth. While conceptually it prepared me for the entry-level positions that I found once I started looking for my first jobs – I was aware of the technology and coding languages mentioned in job specs – I still lacked the practical experience that companies were looking for. It was intimidating.

“I was looking for a graduate scheme to help give me a sense of direction and let me show what I could do. One of my university modules introduced me to the whole software development lifecycle in general but I still had questions: how do you know whether one application is working as it should? And if it isn’t working properly, how do you determine the right way of fixing it?

“I felt as though I was between two stages – I had finished my Computing degree but didn’t have the experience to approach even the entry-level positions I found while looking for a job in tech. While looking on a job site, I found the Ten10 Academy and decided to apply.”

“Jenny Briant (Head of Academy Recruitment) was incredible at keeping in touch through the process and letting me know when I reached each stage of my application. I tackled the tests that were part of the process well thanks to my degree knowledge but the interview was a mixture of competency and workplace questions. Some of these were tough to answer because, again, I didn’t have practical work experience. I answered as best I could and discussed different scenarios with the Academy trainers, which were the first steps in marrying up my tech knowledge with how it could be applied in practical situations.

“Once I was accepted into the Academy, I found the core training a great foundation in testing fundamentals. It was all very detailed, and the trainers were available to help out with any questions we had while we learned. The projects we worked on were challenging but rewarding. I joined when the company was still primarily a testing company. It was the first year that the Academy offered specialist training in different elements of technology. We now offer so many different paths for people to study and take their first steps in their careers.” 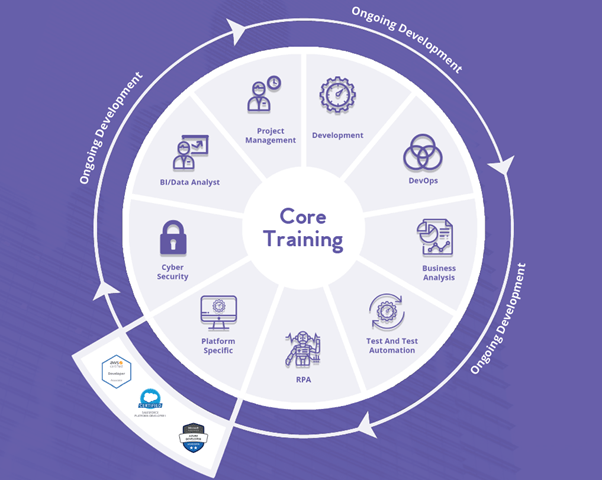 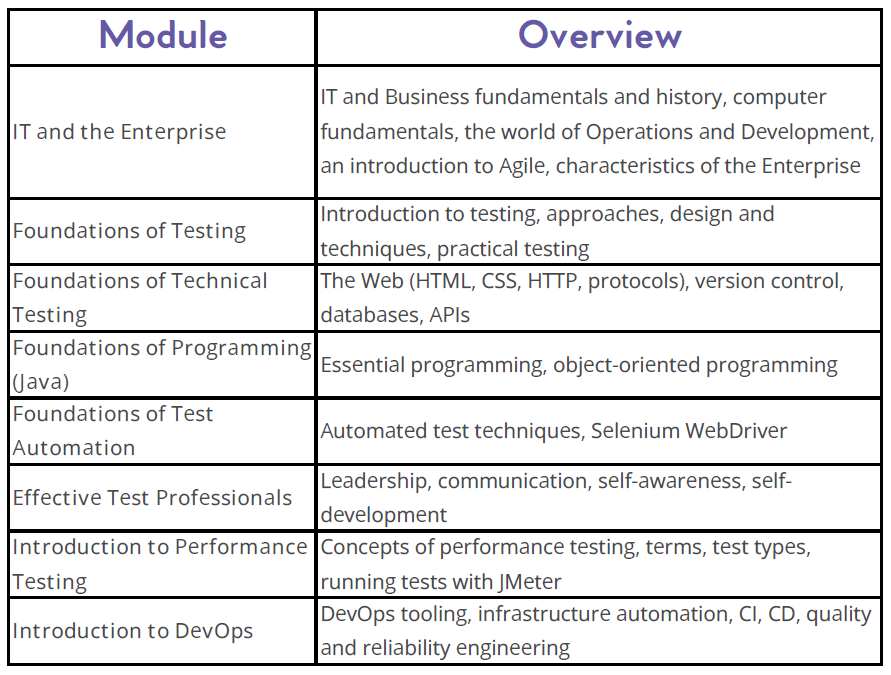 “My first work after the Academy was conducting some data migration for an insurance firm. I’ve always liked working with data but thought that working with it might come later in my career. It was a great opportunity for me and my fellow Academy Engineers and we completed the work in half the expected time – meaning a three-month engagement dropped down to a month and a half.

“Then I worked for 18 months doing manual testing for a law firm. There were several applications integrated into the firm’s document management system and I worked with the client’s business analyst, project manager, and developers. We had weekly triage calls where defects were assigned priority and severity to keep our teams organised. It really paved the way for me. My knowledge of testing concepts grew and I took the lead by managing the other Ten10 QAs who were also working with the client.

“Naturally, your core knowledge grows the more you work, but I could feel my confidence growing too. I’ve always been a talkative person but making sure I’m saying the right thing and portraying myself positively used to be a big concern for me. General consulting has really given me that confidence. Working on a variety of clients has meant I’ve been able to gain experience with so much different technology. When I think back on those entry-level positions and the experience that was being demanded, I’ve completely grown past that point. I’m much further ahead in my career than I thought I would be by now. It’s incredible.”