A new report shows the priorities for the next generation of tech talent.

A new report from CWJobs has shed more light on the state of the tech skills gap and the difficulties young people face entering the IT industry. They surveyed a range of young tech students and workers (including university students, apprentices and entry-level workers) along with 501 IT decision-makers.

The findings show businesses need to rethink how they approach both communicating their available roles to younger talent, and how they successfully recruit them. 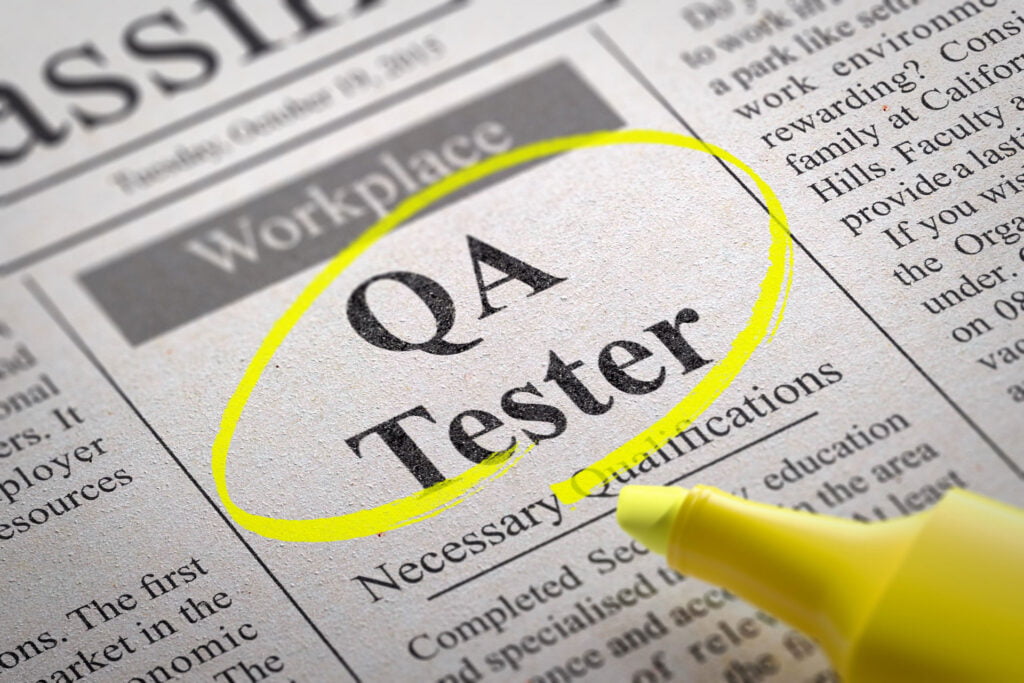 We’ve spoken before about the different routes our Academy Engineers take before pursuing their tech careers. Even people we take from a STEM degree background have often been woefully under-supported in terms of how they can marry up the academic knowledge they’ve learned with the experience that workplaces require. But organisations shouldn’t be let off the hook – IT can have myriad applications in a business so when recruiting even entry-level hires is needed, companies must be clear with what their positions will ask of applicants.

Too many job adverts out there simply list coding languages and systems that the company currently uses and expects new hires to already be experienced in. Little information is given about how the role affects the wider business beyond ‘improving solutions’ which itself is an incredibly vague term.

One of the most encouraging statistics to come from CWJobs’ research was that 79% of IT decision-makers believed young people will bring different perspectives to their business needs. This is always something we emphasise through our Academy: the new creative solutions that are possible by nurturing a diverse group of young talent. Almost two-thirds (72%) of decision-makers said that young people are the answer to their tech skills shortage.

These are reassuring signs but there is still room for improvement. Almost a third (31%) of businesses surveyed did not have apprenticeship or early career schemes, and 37% of them admitted this area of recruitment needs improvement. This comes back to the importance of clearly communicating your available roles and training schemes. Especially with early career programmes such as academies, you can only find and train quality talent when you clearly communicate the training and opportunities available to applicants.

Tech is seen as a long-term, ethical career

The number of students taking IT subjects at GCSE level has declined by 40% since 2015, but there is some light at the end of the tunnel. The majority of young people (63%) see tech as a future-proofed industry and coding, data analytics, and cloud engineering are the most popular specialities they would consider a role in. This neatly matches the areas IT decision-makers believe young talent is most needed in: 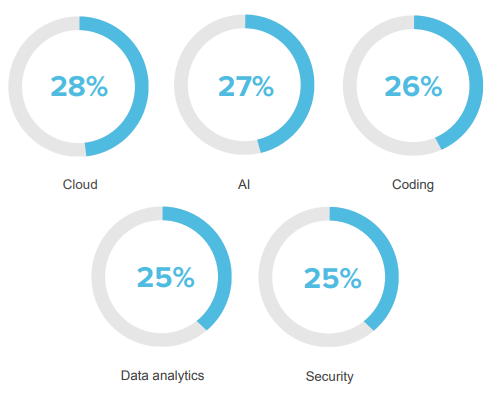 A high salary and flexible working options were naturally appealing factors for young people when looking for a job in tech, but sustainability and inclusiveness were also high priorities. 69% of young people surveyed said that ambitions to be carbon net-zero were important when applying for roles. Mission statements for racial, gender, neurodivergent and LGBTQ+ representation also influence where talent chooses to apply for work.

We’re proud of our Academy’s efforts to address imbalances in the tech industry. The scales can’t be tipped instantly but with every successful placement of new talent in an organisation, the IT industry takes a step in the right direction.