Client:
A leading UK supermarket with stores across the UK

A leading UK retailer was looking to implement its first Agile project with a multi-vendor team, initiating the transition from Waterfall to Agile and establishing an Agile best practice model for future deliveries.

A leading UK retailer required support for the delivery of its first Agile project within the organisation. Ten10 was selected over the incumbent test partners, with the client citing extensive Agile expertise as a significant factor in selection. The project consisted of 3 scrum teams, consisting of multi-sourced team members, including permanent client team members, Ten10, other third-party suppliers and independent contractors, all working in parallel to deliver a new IT solution to replace paper-based processes.

As well as delivering a working solution, a secondary intention of the project was to determine best practice Agile processes to inform the client’s ‘blueprint’ methodology for future Agile projects and underpin the organisation’s transition to more Agile working practices.

Challenges Of Working In A Multi-supplier Environment

When the Ten10 team started, it became apparent that the project had encountered a number of common Agile pitfalls: poor requirements definition, incomplete acceptance criteria, poor estimation across the team, delivery in mini waterfalls and a lack of visibility of team progress. The team also experienced a number of challenges common to working in a multi-supplier environment: lack of communication and collaboration across the team, ‘them’ and ‘us’ behaviours and a lack of ownership and accountability for project delivery.

What we did: The Ten10 Approach

The Ten10 team began by understanding the current working practices and evaluating how successfully the team was delivering. The next stage was to present prioritised improvements to the project stakeholders, explaining the benefit they were likely to have on project delivery.

Once the priority improvements were agreed, the Ten10 team ‘sold’ the benefits of the changes to the wider delivery team and obtained cross-team agreement to implement the changes. 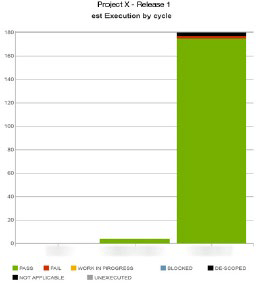 The Ten10 team advocated and implemented daily stand-ups, improvements to Jira configuration and well-managed physical ‘scrumban’ boards to facilitate regular updates and increased understanding of the project’s status and priorities. Each scrum team committed to sprint goals as a team and everyone referred to the project team as a whole rather than as a collection of individual supplier teams. The team became more accountable by tracking each task during the stand-ups and by encouraging all team members to proactively support the removal of blockers.

Increased collaboration meant that software increments were tested throughout the Sprint, with early visibility supporting feedback and solution refinement with product owners. 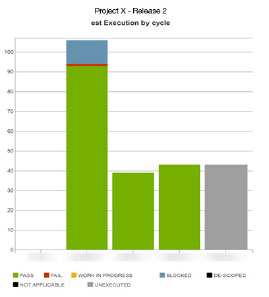 “We would not have delivered as much as we have, as quickly as we have, if it were not for the expertise of the Ten10 team.”
Senior Project Manager, UK Retailer

As a result of the changes, there was an immediate improvement in the quality of requirements and acceptance criteria. Significant efficiencies were delivered for both the development and test teams, leading to higher quality software delivered more quickly.

The improved estimation accuracy enabled the project manager to predict the features that would be delivered and their deployment dates with greater accuracy.

The daily stand-ups, improvements to Jira configuration and physical ‘scrumban’ boards led to much more collaboration and communication across the team, with all parties (including product owners) able to quickly understand the status of each user story and the project as a whole.
Finally, the increased collaboration meant that software increments were tested throughout the Sprint, rather than in mini waterfalls, which gave early visibility to the test team as well as to business users so fast feedback and quick alterations could be made to the solution throughout the Sprint.

The first wave of improvements had a significant and lasting impact on the delivery of the project. The Ten10 team continued to highlight improvements via regular Sprint retrospectives; these ‘fine-tuned’ the processes, delivering further marginal gains to the successful delivery of working software to stakeholders.

Ten10 brought extensive experience of working collaboratively with distributed teams from a number of leading global delivery consultancies. This knowledge and expertise underpinned the evolution of the disparate supplier teams into a single, cohesive project team and ensured the efficient, cost-effective and, ultimately, successful delivery of the project.

The test collateral produced for the project can be reused as templates for future Agile project delivery and the Agile knowledge transitioned from the Ten10 team to the client permanent team has increased the confidence in adopting an Agile methodology for future projects.

View all Insights
(p) Previous
Functional and Automated Regression Testing for the replacement of a casework system View Post
Next (n)
Test Management in a multi-vendor environment for a global law firm View Post
admin 2020-05-19T20:35:48+00:00