The client is a global firm of professional intermediaries that plays a pivotal role in the world’s financial, energy and commodities markets. The organisation manages a portfolio of businesses providing intermediary services, contextual insights and intelligence, trade execution, data and analytics.

The client needed to prepare for legislation that mandated the delivery of formatted reports in order to comply with new EU regulations. Preparedness for the EU’s revised Markets in Financial Instruments Directive (MiFID II) was a priority: the regulation required the company to disclose details of orders submitted to and transactions conducted on the trading venues it operated.

The purpose of the project was to achieve compliance with the new transparency rules which were introduced in response to the 2008 financial crisis in order to make financial markets in Europe more resilient, transparent and investor-friendly.

The company used numerous trading platforms across the newly-merged organisations to process the trading of a wide range of asset classes including rates, FX, commodities, fixed income, credit and equities. 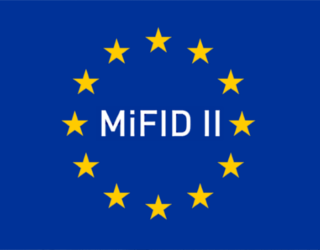 The client had no system for unifying data delivery in order to produce the desired output: reports for the regulator, in the correct format, of transactions generated by the company. To attain compliance could have involved major changes to all its trading platforms. In addition, given that the regulation was to come into effect within a year of starting the project, there was a deadline to meet.

The company determined to create a system that could accept the data generated by the various platforms – whether structured or unstructured. The client decided to adopt a data-lake approach using the MarkLogic NoSQL database, and turned to Ten10 to assist with system creation, integration and testing.

The large number of widely disparate order and trade management and processing platforms in use by the company generated data in a range of formats – JSON and XML for example.

The data delivery methodology also varied by platform: some pushed data, others pulled. In addition, the number of trading strategies was in excess of 3,000, which was too high for a manual testing approach. Consequently, it would have been unfeasible, given the scope and complexity of the work and the schedule involved, to make changes to each of these systems so they could directly produce the transparency information required by MiFID II in a unified format within the deadline.

This variety of order management and trade management systems and the variety of asset classes and instruments traded on those platforms led Ten10 to make two strategic recommendations.

First was the development of an automation framework to support automatic injection of resources into the company’s data lake, a process that involved simulating the upstream systems. Second was the automation of verification and validation of results and output – in effect, intercepting the data to be sent to the regulator – instead of relying on conventional, manual functional testing to perform these tests.

Deploying a small team of five individuals, we worked closely with the client’s developers to perform test coverage that would have otherwise required a huge manual functional testing team.

The automation testing framework underwent several transformations throughout the project life-cycle to adapt to changing project needs. It ended up being also used to test areas of the data-lake in isolation, to test systems other than the data-lake solution itself, and even allowed early end-to-end testing while some external dependencies were not yet met by supporting reference data mocking-up. This helped to keep project progress on track. The versatility of our automation framework and the skills of our resources meant new areas of testing which cropped up late into the project could be picked up by the existing testing team without requiring additional resources. In addition, Ten10 delivered extra value in the form of assistance with solution design, project management, solutions architecture and implementation creation.