The customer is a top global multinational law practice who provide legal service delivery from offices around the world. They provide a full range of legal services, including corporate, dispute resolution, litigation and tax.

The customer was embarking on a comprehensive change programme which aimed to fully replace its existing Intapp matter lifecycle ecosystem by the end of 2022. This included the below modules:

Whilst project management, business analysis and development were being managed by the customer they wanted to improve their test and quality assurance (QA) capability, and move away from a ad-hoc approach formed of temporary teams from different areas within the business.

They approached Ten10 due to our experience and background in delivering similar test projects in the legal sector to support the QA of the matter lifecycle change programme.

Ten10 was initially tasked to conduct a review of how QA was historically conducted by the customer. This was delivered over a five-day period which included interviews with key stakeholders and reviews of existing QA collateral, allowing Ten10 to make an assessment of the customers QA maturity, using our internal maturity framework. 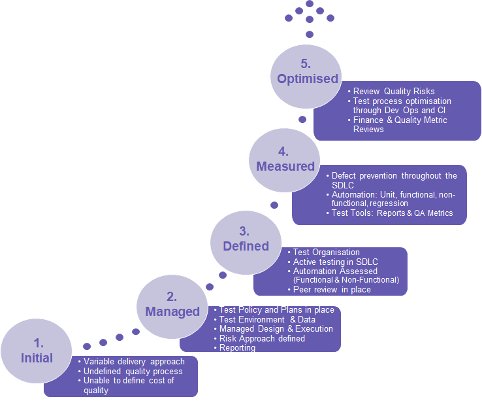 Once the initial maturity assessment was completed Ten10 defined an overarching QA strategy which would be adopted for all matter lifecycle change projects.

Following the approval of the QA strategy Ten10 provided a managed service to deliver full end-to-end testing for the first wave of change programmes which included the implementation and integration of the Intapp Conflicts Management (Conflicts), Client Matter Intake (CMI) and Time Management (Time) lifecycle modules. This included:

Ten10 defined a bespoke QA strategy which addressed many of the maturity development areas highlighted in the initial QA review. It defined a hybrid test approach which considered the waterfall nature of delivery from vendors but implemented agile best practice such as backlog planning, close communication, and continuous improvement. It also defined a strict governance approach, recommended reporting structure, approach to defect management and automation and defined required environments for testing.

During each testing engagement Ten10 ensured scripting underwent full review from the customers business analysts to ensure coverage and execution was scheduled in line with expected drops from the vendors. This allowed the team to prioritise their activities effectively. Risks and Issues logs, regular defect calls and daily and weekly progress reports were implemented which allowed issues and blockers to be escalated quickly. 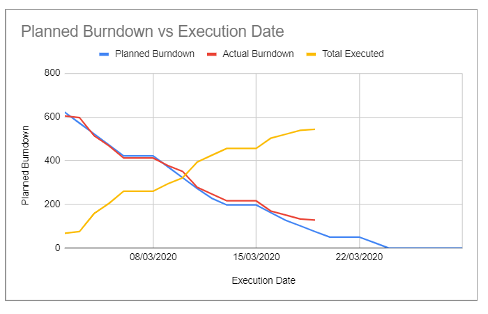 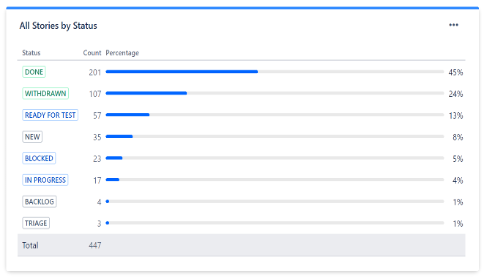 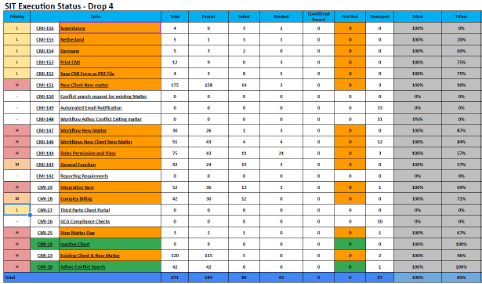 As part of this engagement Ten10 also defined an automation framework to automate the regression packs of each matter lifecycle project. Due to some applications operating via web and some via desktop a framework was needed which catered for both. Following the review of a number of automation tools Katalon Studio was used. This provided an open source option to the customer which was easy to maintain and provided a robust level of reporting.

Ten10 faced a number of challenges during the engagement:

Ten10 delivered a number of benefits as part of this engagement:

View all Insights
(p) Previous
Social mobility: Is it still about who graduates know, not what they know? View Post
Next (n)
How to successfully upgrade Salesforce View Post
admin 2020-12-14T20:31:24+00:00